The Boyden Farm conservation property lies on the west side of Cotuit Road just south of its intersection with Quaker Meeting House Road. At 48 acres, it includes a large wildlife management area, walking trails and 730 feet of frontage on Peter’s Pond. Some of the animals that inhabit this area include white tail deer, turkeys, foxes, skunks and various woodland bird species. On the northern edge of the property, visitors can walk past an historic cemetery. Further south on the property, the trails lead through wooded areas populated with many different tree and shrub species.

According to local historian John Nye Cullity, the Boyden Farm property was purchased through a vote at Town Meeting in 1986 as the town’s newly formed Environmental Task Force moved toward preserving land from development. As Cullity has written, one Sandwich resident in particular was instrumental in the acquisition of the Boyden Farm property: John Ohman, a scientist whose association with the Town of Sandwich began in 1961 when he and his wife purchased a cottage on Town Neck Beach. Ohman served as the Chairman of the Environmental Task Force when it was formed in the early-1980s and drafted the conservation plan that was necessary for the town to receive Self-Help grant funding from the Department of Conservation Services. In 1986, the purchase of Boyden Farm came to a town vote. At a price of $1.1 million dollars, the proposal passed and the town acquired Boyden that night along with two other conservation parcels. To offset the cost, the Environmental Task Force had secured $765,000 from the state in order to fund the purchase.

Boyden Farm has proven to be a popular dog walking location and property for hiking enthusiasts. 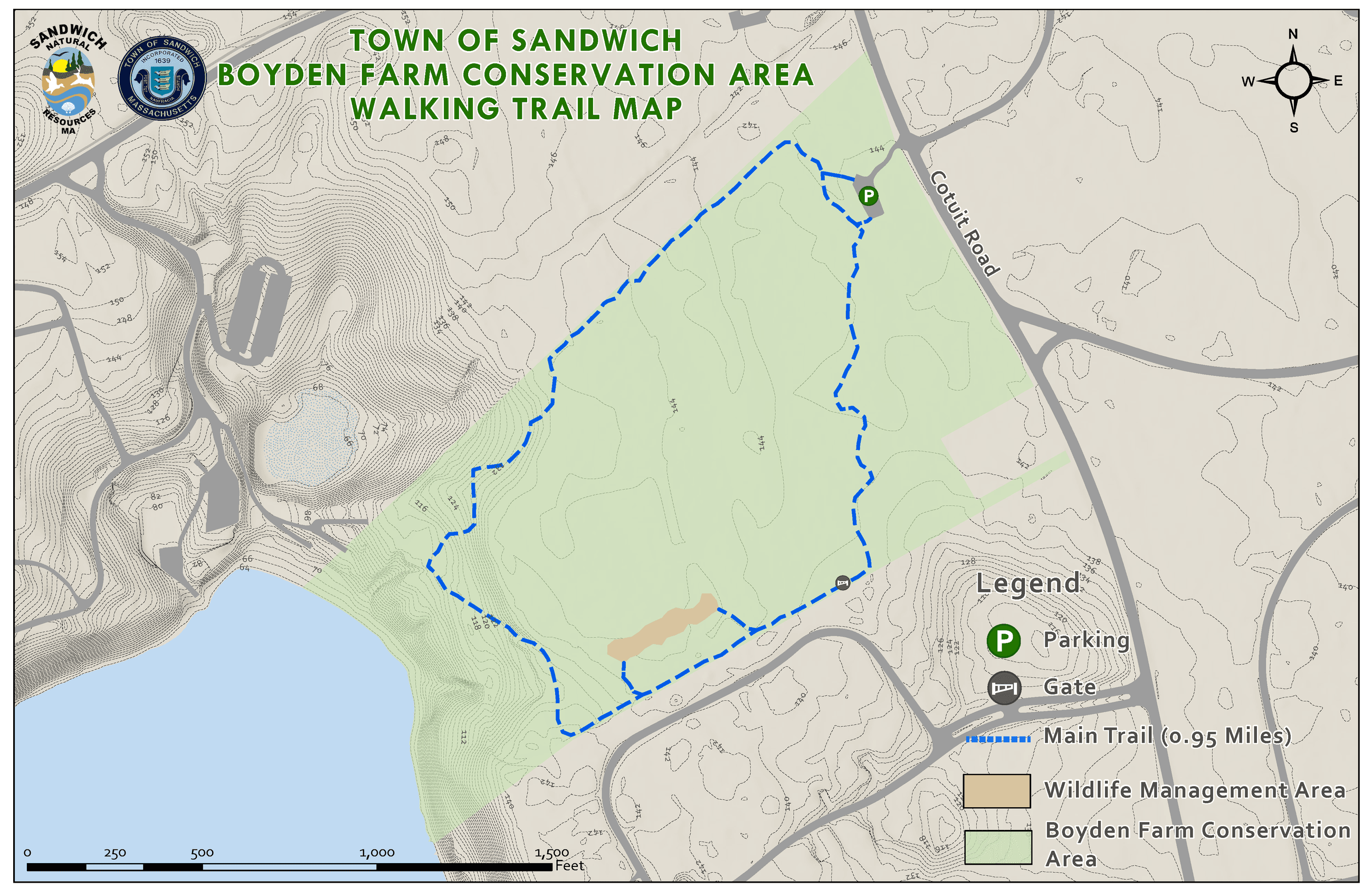